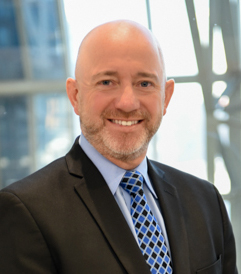 Prior to joining Madison, Mr. Brown was a Partner and Managing Director at Accenture where he worked across several industries serving as lead client service partner to Fortune 100 companies. He most recently served as the head of the North American Sales Organization where he was responsible for building out the executive sales team while growing the practice and improving profitability. During his tenure as the North American Sales Organization lead, Mr. Brown oversaw consistent year-over-year growth in sales and profitability, ultimately doubling total sales in just over 4 years.

During his 30-year career, he held a variety of leadership positions in which he oversaw the North America Business Process Outsourcing Group and the Canada Products Industry. In addition to his positions on the leadership team, Mr. Brown largely spent his time serving as the lead partner to several strategic accounts where he worked with the client’s executive leadership teams to construct and execute transformative programs to deliver superior business results.

Mr. Brown graduated with a degree in Finance from Xavier University.