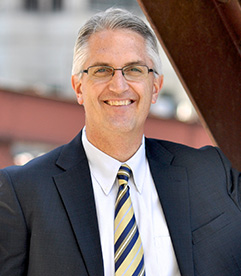 Previously, Mr. Udelhofen was the Chief Financial Officer for The Plastics Group, Inc., a $100 million molder of plastic blow-molded and rotationally molded products. He was instrumental in growing the business from $25 million to $100 million in revenues through both acquisition and organic growth. Mr. Udelhofen led the integration of the manufacturing processes and was the lead architect for the cultural transformations.

Prior to this, Mr. Udelhofen served as Vice President and Corporate Controller of American National Can Company, a $4 billion worldwide manufacturer of metal, glass and plastic containers for the food and beverage industry. Mr. Udelhofen began his career at Deloitte & Touche where he worked primarily with manufacturing concerns.

Mr. Udelhofen earned his Bachelor of Science in Accounting from Illinois State University and is a Certified Public Accountant.