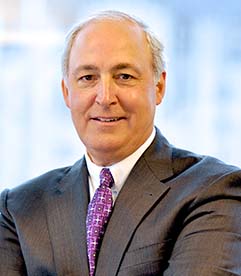 As President and CEO of Siemens Corporation, Mr. Nolen developed and executed business strategy, growing the business to $22.4 billion, reflecting more than 40% growth in volumes and a fourfold increase in profits. He was responsible for career development and succession planning for 69,000 US employees. Mr. Nolen led the company through the acquisition and integration of over $17 billion in strategic acquisitions in the industrial, healthcare and energy sectors, positioning Siemens as a leading US and global player in these key industries as well as the largest single market of Siemens AG.

During his tenure, Mr. Nolen had overall responsibility for the strategy in the US in such diverse fields as industrial automation, lighting, water and wastewater, building automation, medical imaging, medical diagnostics as well as traditional and next-generation power technologies. Previously, he served as President and CEO of $2 billion Siemens Information Communications Network, where he turned a loss-making organization into a profitable contributor within 29 months and transitioned the company from a proprietary hardware company to a software company.

Mr. Nolen has been an active member of the business community serving on the board of the US Chamber of Commerce, The Business Round Table and the Partnership for New York City.