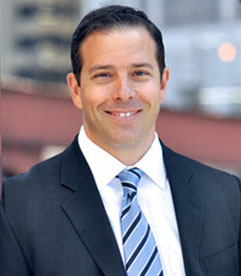 Mr. Ball has served as CFO of Madison Medical, Synventive Molding Solutions, Hudson Products Corporation and Brown Plastics Machinery. Previously, Mr. Ball was a Senior Manager in the Mergers & Acquisition Services Group at Deloitte & Touche. During his five years in that group, he led over 50 acquisition due diligence engagements, assisted with contract and valuation negotiations, and planned post-transaction services. He has worked extensively on both Fortune 500 and middle market transactions in a variety of industries, including plastics, industrial equipment manufacturing, automotive and distribution.

Previously, Mr. Ball served for six years as a Manager in the Audit and Assurance Services Group of Deloitte & Touche where he managed audit and consulting projects, including public stock and debt offerings, collateral valuations, internal control reviews and operational assessments.

Mr. Ball earned his Bachelor of Business Administration from the University of Michigan and is a CPA.