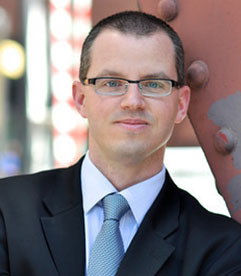 Most recently Executive Vice President at Filtration Group, Mr. VanGetson led commercial negotiations with customers and vendors as well as serving as an architect of the company’s formation and integration plans.

Prior to joining Madison, Mr. VanGetson was an investment banker at Robert W. Baird & Co. With a concentration on industrial and consumer industry groups, he was responsible for performing extensive business and financial due diligence, running sell side M&A processes and executing equity offerings.

Previously, he served as an attorney at the Chicago-based law firm of Katten Muchin Rosenman LLP. In this capacity, he counseled clients on corporate, transactional and securities matters, with an emphasis on mergers, acquisitions, securities offerings and corporate governance. Mr. VanGetson began his career at Arthur Andersen.